“Language is to the mind more than light is to the eye.”
William Gibson
I was on such a good run with my writing but lately my imagination has collapsed into a shuddering heap. On the doors of my office cabinet where I keep my computer and supplies I have beloved quotes on post it notes and random scraps of paper. Whenever I used to hit writer’s block while working on articles I would look around me for inspiration. Lately since I tend to write on my mobile devices I have taken to saving quotes in my notepad. Here’s my latest quote and below is the first paragraph of my latest story. Hopefully I can prod my imagination of the couch and finish it soon.

Legs akimbo, Isis paused in mid grooming to spy a small, chartreuse spider crawling down the window. The spider scurried back up the curtain rod and Isis stood and stretched in one fluid, languid motion. After curling into a perfect crescent on the window seat, Isis settled down to sleep. Through nearly closed eyes she watched Kathleen’s fingers move across sheets of cool smooth paper, she watched the tendrils of the creeping jenny make shadows on the wall, she watched where the floors met the walls, then she watched Kathleen again listening to the scratch of her red hard pencil on the smooth smooth paper before closing her eyes to sleep. The child was nearby. Isis swiveled her ears in the direction of the stairs just beyond the door. Suddenly a scream, small and sharp, ripped through the room. Isis flashed under the plant stand, ears low and wary.

Two weeks into the Writing 101 workshop series, and I have not had as much time to write as I would like there is work and the kids’ summer learning sessions, and Sharknado 2. But I did find time to submit a short story to a local literary journal. The first time in many years and that is almost as good as as Tara Reid with a jigsaw hand. 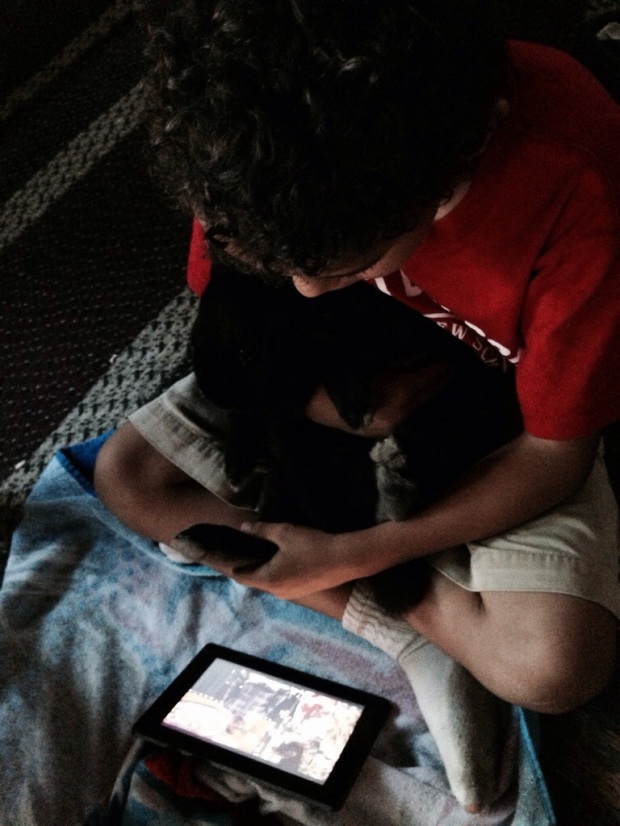 As her old Pontiac turned up the familiar street of her neighborhood, Bea slowed down. Here were the streets she had pushed a stroller, greeted neighbors, held block parties. Many familiar faces had gone, some houses slightly changed, a new complex crowded in, only the trees seemed the same. Weary, Bea turned into her driveway. She hoisted her milk crate of newly acquired books out of the passenger seat. Shimmering in the back yard Bea noticed a strange emerald light.
Bea headed back towards the light lugging the milk crate of books. She walked past the children’s leftover vegetable garden and Leo’s well tended roses. The egg sacs must have hatched. The center of the backyard was an explosion of tiny praying mantids. On the stone bench, on the hosta leaves, even the windows of the old shed, every surface was covered in shining insect bodies. Lime green, emerald green, a few were a pale glowing celadon. Bea set down her crate and sat on it. Hundreds of small precise eyes turned in her direction each surveyed her patiently, calmly, unafraid. Slowly the insects dispersed picking through the clipped grass and over the carefully selected paving stones. One even crawled over Bea’s leg in its unhurried progress out of the garden. Bea sat staring. She watched and waited until each one had gone. Looking at the garden one last time Bea stood up and walked away. 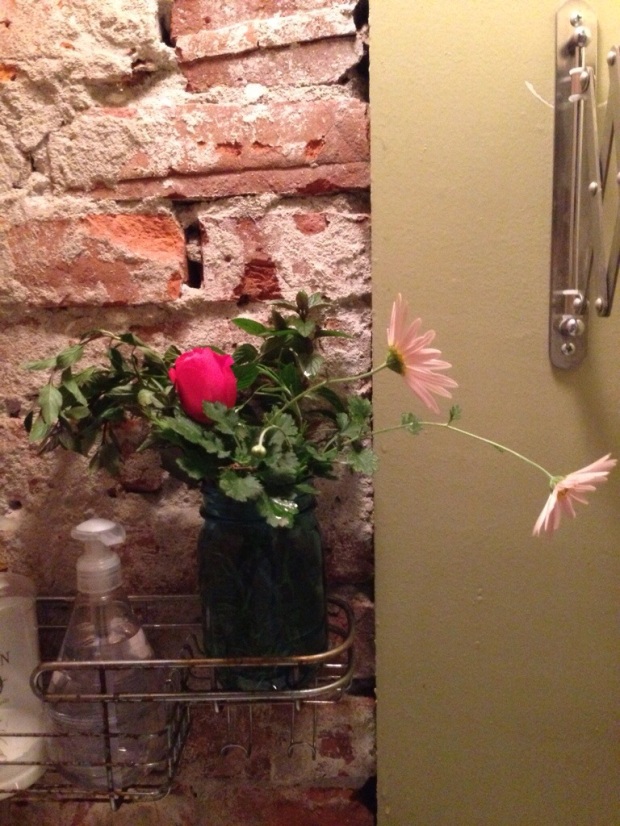 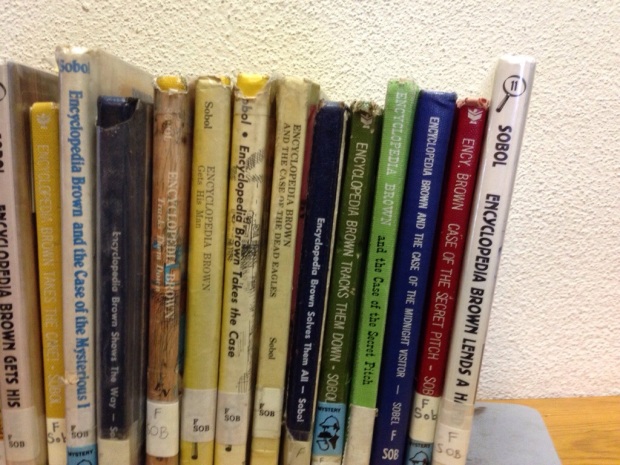 I never wanted to cook when I was a kid. In my family it was expected that girls would learn to how to cook and help their mothers and take care of families someday. I quickly recognized this tasty trap of domesticity and made myself scarce. But I loved to eat. I truly earned my childhood nickname “Three Helpings Genie.” My love of food eventually brought me back to the kitchen.
When I first started cooking I could spend all day making multi-course meals. I was thinner then with loads more time. After starting a family I began to embrace one pot meals, the haunting allure of melding flavor coupled with only needing to wish one pot.
Outside of the de riguer soups and stews, I love the elegance of cod in tomato broth. Inspired by a martha stewart recipe I make my own version when the summer is overloaded with tomatoes and the basil flows like wine. I made this meal in early spring after that brutal winter when I wanted to remind myself that summer was coming. Well now summer is here. Steal those cherry tomatoes and grab handfuls of basil.

STEP 1
Bring broth, onion, 1 1/2 cups tomatoes, potatoes, basil sprigs, red pepper flakes, and 2 teaspoons salt to a boil in a large, deep skillet with a lid. Reduce heat and simmer, uncovered, until potatoes are tender, 6 to 8 minutes. Season cod with salt and pepper, add to broth mixture, and cover. Simmer until fish is opaque throughout and just cooked through, about 7 minutes.
STEP 2
Remove and discard basil sprigs. Add peas, remaining 1/2 cup tomatoes, and lemon juice to skillet, gently stirring to combine; cook just until warmed through. Make sure your peas are cooked if using frozen. Divide fish, vegetables, and broth among 4 bowls. Garnish with basil leaves, drizzle with oil.
STEP 3
Be inspired by Four Fish by Paul Greenberg and have your mind blown between bites. I just started this book on the tracing the history and production of the major fish eaten in America and I already admire his passion and openness as he takes the reader on his journey. 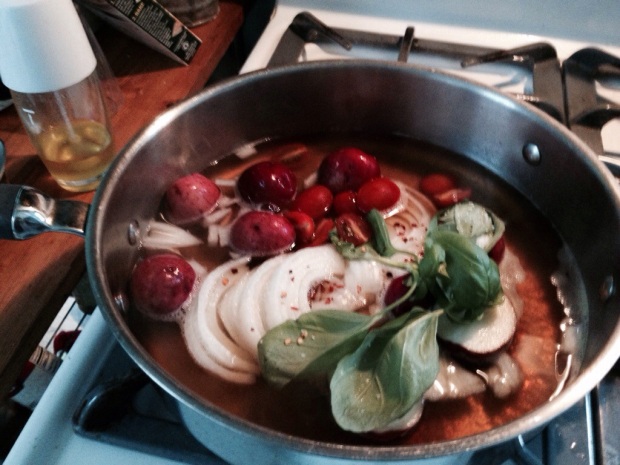 When you re-read a classic, you do not see more in the book than you did before; you see more in yourself than there was before. –Clifton Fadiman, editor and critic (1904-1999)
Each summer, I re-read one of my favorite books. Recent years, I have revisited The Secret Garden and Pride and Prejudice ( I tried P & P with zombies but I found it too silly). I just re-started The Mysterious Affair At Styles. I haven’t read the first Poirot in years but it all suddenly flooded back to me and I was enmeshed completely in the post World War II English countryside. As a writer I tend to focus on dialogue and internal monologues. I forget to give my readers a sense place, the smell the feel of a definite place in a definite time. Christie also reminded me to fully describe my characters and not just through their words and actions. I need fully waxed curled mustaches!
I know there are a million books and magazines and blogs waiting for your attention, but I encourage everyone to dig out an well-loved favorite and give it a spin. It is like running into an dear old school friend except you don’t have to worry if you look fat. 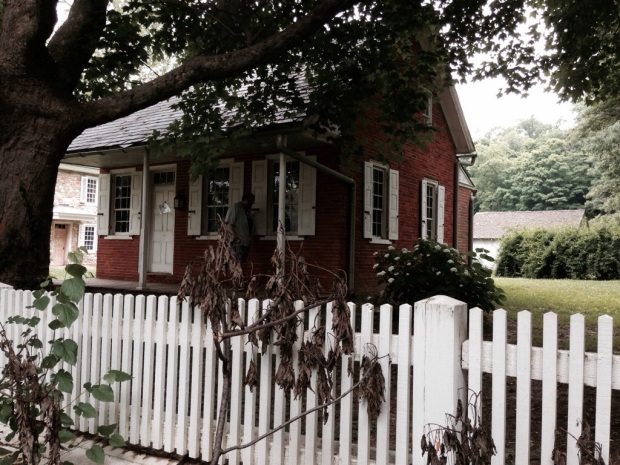 Just as appetite comes by eating so work brings inspiration. –Igor Stravinsky, composer (1882-1971)
The writing prompts got me off to a good start and so I am sharing my first morsel of inspiration. I am inspired, deeply inspired, by knitting. The repetitive motion, the flow of colors through my fingers, visualizing the familiar and cryptic abbreviations into a a three-dimensional item, all of this is very soothing yet energizing to my creative spirt.
Knitting is also practical. Because as long as you don’t go too far off the rails with your pattern and yarn choice after you are done feeding your soul you have a nice present to give your kid’s teacher. No more last minute runs to buy scented candles and giftcards. 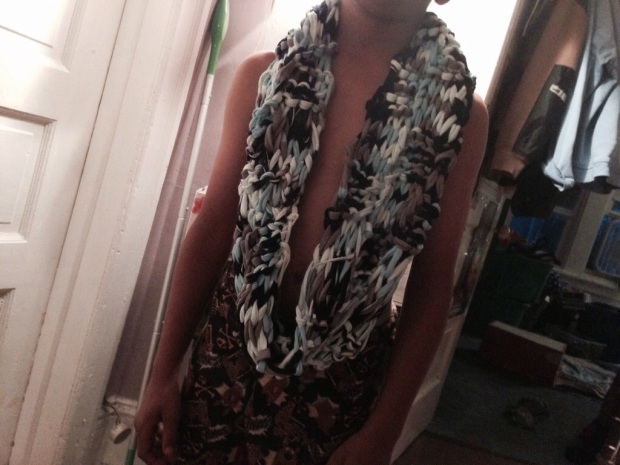 Needle: size 15 (use a big needle to allow the cowl to be airy and have a nice drape) 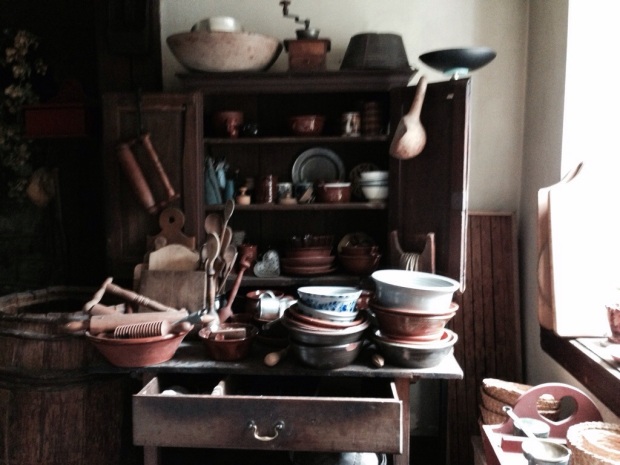 Officially launching this blog in July after a soft start with my writing prompts. This pic is a prequel to great things to come or at least moderately interesting things to come. It’s a cabinet from a historic farm in Pennsylvania Dutch country. It’s chockful like me.

As her old Pontiac turned not the familiar street so her neighborhood, Bea slowed down. Here were the streets she had pushed a stroller, greeted neighbors, held block parties. Many familiar faces had gone, some houses slightly changed, a new complex crowded in, only the trees seemed the same. Weary, Bea turned into her driveway. She hoisted her milk crate of newly acquired books out of the passenger seat. Shimmering in the back yard Bea noticed a strange emerald light.

{Day 18, Writing Prompt: Write from a twelve-year-old’s prospective}
Bea carried the wire milk crate of books into the bookstore. The crate was filled with children’s books, some brand new with tight, uncracked spines, others worn and well read from when her own children were small. She had been buying books and saving books for the grandkids when they came to visit but she had finally decided to ship her children their favorites and dump the rest. It was the beginning of August. No girls, no visits she had even tossed the praying mantis habitat outside. The time for waiting was over. Bea pushed into The Book Nook Used bookstore.
“Is this the last crate Mrs. Williamson? Are you sure I can’t help you unload the car?”
“Bea is that you?” Bea spun around into Veronica’s outstretched arms. Suddenly she was engulfed in a bear hug.
“I haven’t seen you in a million years. We have to get together. We just have to get together. You remember Sylvia?”
Bea shook her head cautiously, trying to jostle her memory.
“Of course you remember Sylvia. She was tall with lots of hair. Her husband has been cancer but he’s doing better and she started a book club. That is right up your alley.”
Bea wasn’t sure to be sad or happy for this unknown Sylvia so she sort of shrugged in a concerned way and waited for a break in Sylvia’s flow of words.
“Well I have to run I just wanted to pick up a book for Taylor, Monica’s daughter. Give me a call with the details. I just have to scoot to the back for that gift and hurry to the post office.” Bea hurried to the children’s section and hid behind a Dr. Seuss display. Veronica was still up at the front blocking the exit. Determined not to make friends, Bea sat on a squashed bean bag chair and began to read a thick collection of Frances Hodgson Burnett novels that was being used to prop open a window.